As I only had a few hours to spare so today’s trip was going to be a short one. I’d spoken to one of my piker mates who told me the key to catching pike in (like anything really) is to put the hours in. Walk the banks, build a mental picture of their habitats and haunts, and when you’ve covered enough ground and cast a lure or bait enough, you should know where they are most of the time. Arriving at the river today it was clear that most of my day would be spent building that mental picture, as the water was the colour of mud! I’d kept an eye on the EA river levels website, (an invaluable tools as far as river fishing is concerned) and watched the river steadily drop.  What I didn’t account for was the length of time it took for the river to lose its colour. Still, I was there on the river, so I’d give it a whirl. 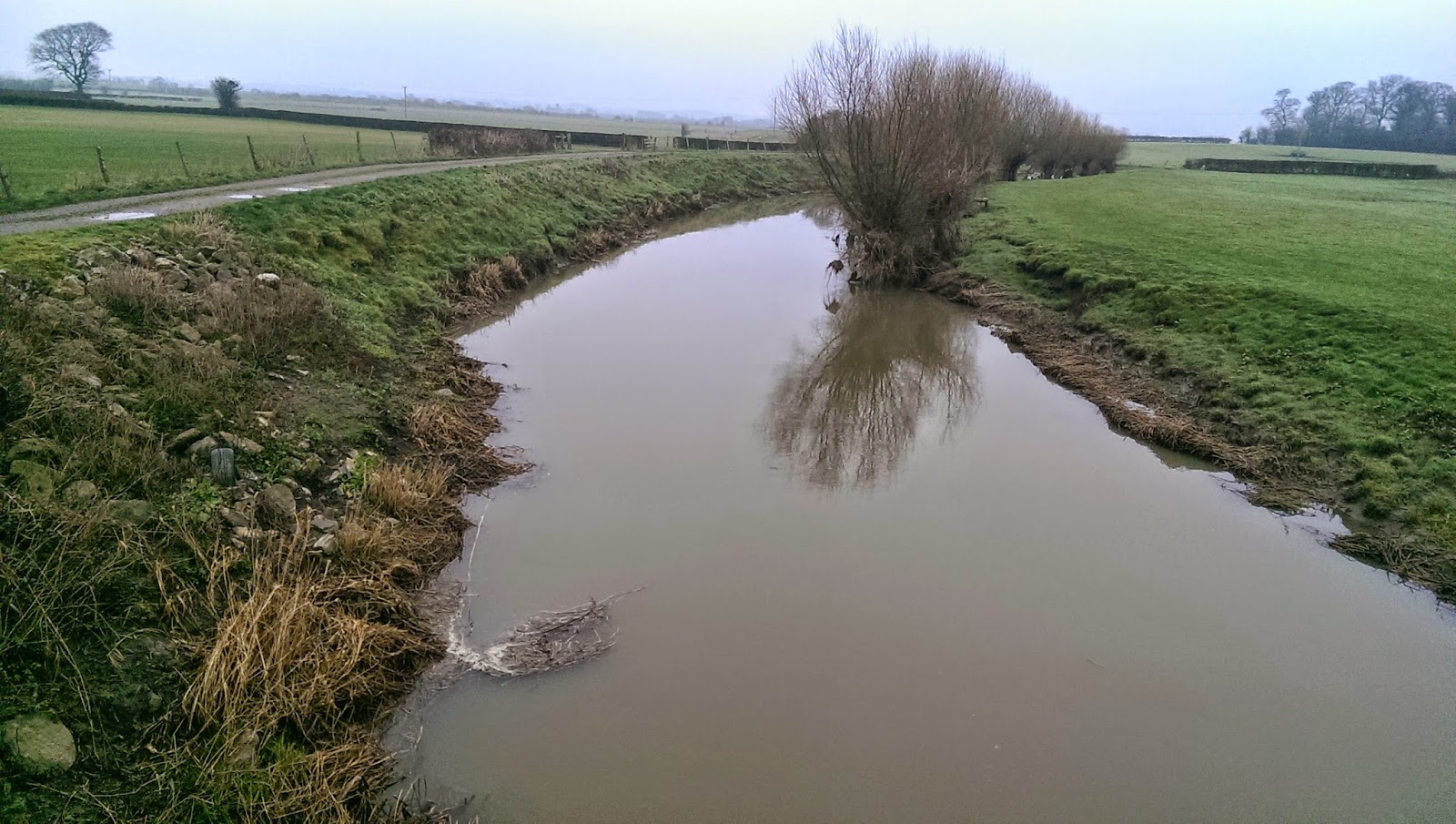 Walking up the bank I wished I’d brought a float rod. Although the river was still slightly “up” I was sure that I could catch a few silver fish on maggot and worm. Unfortunately all I had was frozen roach and lamprey sections! Never mind. I arrived at a section of river that I know holds a few pike, and started casting around. There was a fair amount of debris floating  past which made retrieving quite difficult. 3 SSG’s on the wire trace would hopefully get my bait down to the bottom quick enough. 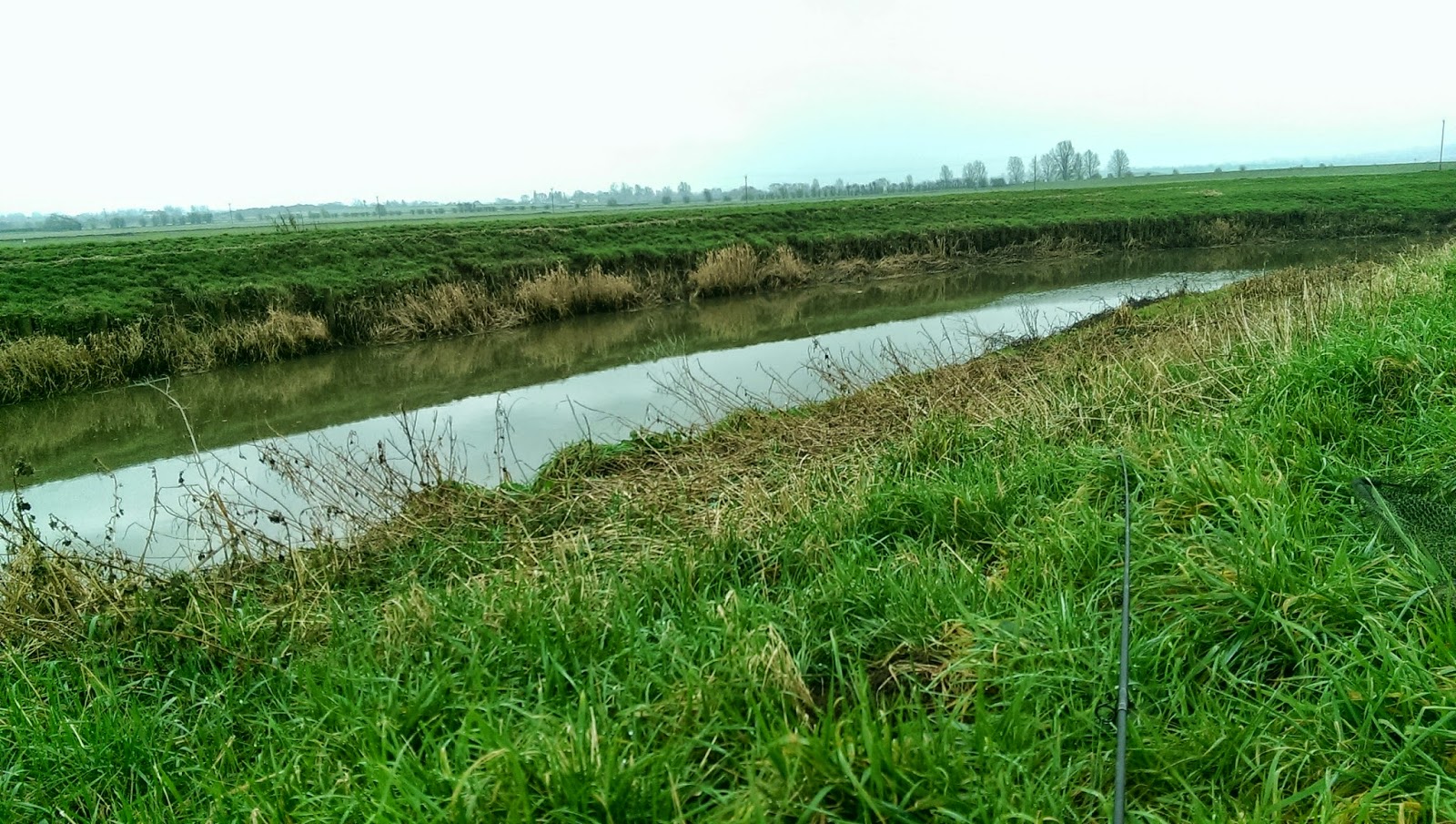 With a fair bit of walking planned today, I didn’t linger and 10 – 15 minutes per swim saw me move twice (and slide once) before any form of action. A conversation I had had the night before came back and bit me. I tend to use size 8 or 6 trebles – I spoke to one of my friends about this who scoffed and said “They need to be much bigger”. Although I agreed in principle, I had caught fish on these trebles before so naively carried on using this size for now. I cast out my deadbait and had begun wobbling it back before I felt a small pluck. One more twitch and the tip of the rod ripped around. I struck felt the affirmative head thrash and knew I had a fish on… for about 5 seconds. Then everything went slack and I brought in a sliced up roach. 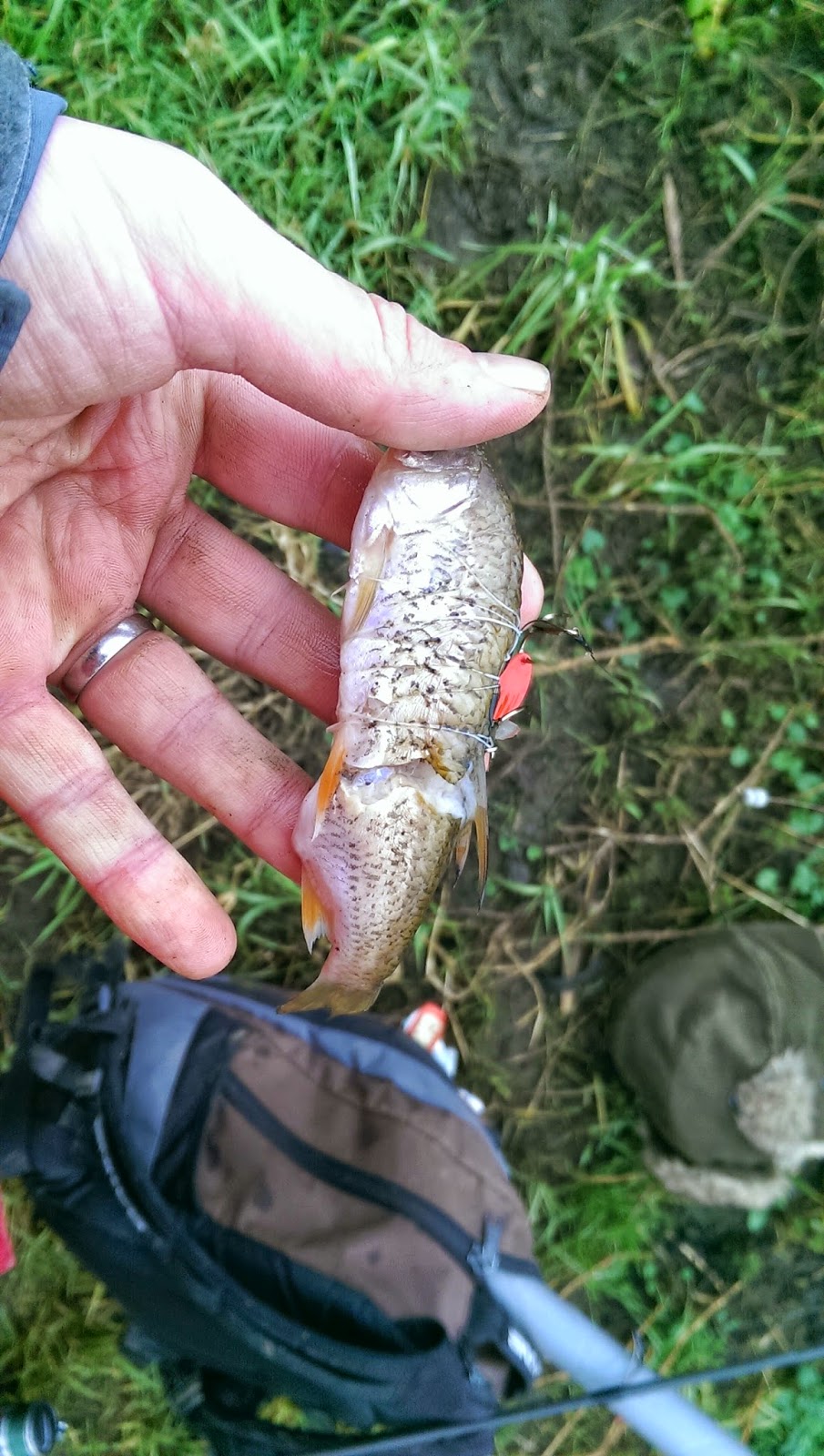 I immediately sent a message about hooksize to my friend who responded… “Told you so”. Swine. I suppose he does know what he’s talking about. After a few more casts over the same location with no joy I moved on again and spent the remainder of the morning walking the banks trying to find a bit of slack water to cast into, but sadly my 1 take and 1 lost fish was all I had to show for my efforts. I’m not sure if I’ll be out fishing for Pike again before the end of the river season. Especially as the forecast seems to be favouring a lot of rain, so this may be a disappointing last attempt. I will however be back on the river mid-June targeting Pike and coarse fish, I may even be able to get in a morning session in the last day of the season, will just have to make it back in time for the rugby!
Share