When I wrote recently that I was in need of a greater challenge I thought that this past weekend would be the answer to my prayers. It was the turn one of the many Leeds ASA waters, a stretch of the Aire and Calder Navigation Canal, just off Skelton Grange Road. From a young child my grandfather had told me about matches on venues which resembled this, the Grand Union canal and the Brecon – Monmouth Canal. Scratching for small fish, but still constantly catching, trying to get a bag full of silver bits to get that vital win in the section. Looking at this place on the map as well as my first impressions when I arrived I thought I had hit the nail on the head! Well… 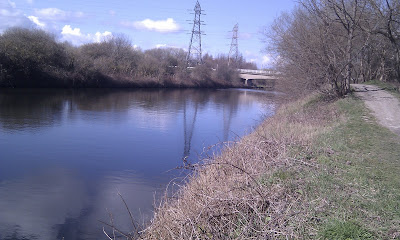 Arriving at the venue and setting up as efficiently as I could in between being “tutted” at by all the cyclists, I set up my pole to fish the middle of the canal at 11.5 meters and on the ledge at around 4 meters. I was set up for what I thought was going to be a tough but enjoyable day. Plumbing the middle line I quickly found out that this was a deep part of the canal and if I fished dead depth it would be close on 12/13ft. Assuming the bottom was similar to that of the canal nearer my house, I shallowed up and fished at a depth of 9 feet, not wanting to catch any snags which may be on the bottom.  I potted in two good cups of Van Den Eynde Supercup, laced with hemp and casters I began my session waiting for the float to disappear. 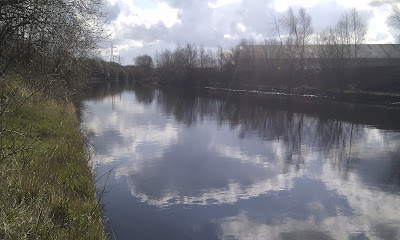 I should have realised when a walker past me and told me that he had never seen anyone fish this section and everyone usually fished about “a mile or so up round the corner”, still I thought fortune favours the bold! I fished the pole for a solid 3 hours at both lengths mentioned, going down to dead depth and shallowing right up to a few feet from the surface. Not a bite. At this point I still had faith and out came the waggler rod and it wasn’t long before I was covering a lot more water. Casting across to the opposite bank, then pulling my cast short and letting the current push it down the canal. I stuck with this method for another hour, again, not a bite, despite trying everything in my bait arsenal. Worm, Maggots, Casters, Pinkies a grain of hemp, nothing would get me a bite. This called for the big guns! Out came the feeder rod, and with an hour or so left I aimed to sit it out with a lump of worm waiting for a perch which I knew the canal held. The only time my rod registered movement proved to be a branch which had slowly been working its way down stream.

At this point thoroughly deflated by my fishless outing I decided to call this trip to an end as all I had managed to do was drown some maggots. Then I remembered how far the car was and my bad mood came very close to being a full blown sulk, until I noticed the river running very slowly behind where I had been fishing. It looked very “fishy” and meant that the only good that came out of this trip was that I had found a nice new place to try and catch a River Aire Barbel when the season starts back up in June. As for the canal, I won’t be venturing back to that stretch despite it how good it looked. As I said, a good spot for a picnic and bike ride, but sadly not much else!