Time for a clean up?

After reading people’s opinions and observations on forums, and constantly seeing on twitter that the Environment Agency has made vast steps to clean up our rivers (this is obviously true especially with the recent release of the improved rivers list by the Anglers Mail), I thought about my recent fishing forays and  the unfortunate increase in bank side rubbish I’ve noticed. Whether it was a plastic bag, cigarette box or a few beer cans, the mess seems to be cropping up everywhere and all too frequently.


With this in mind I decided to take a short walk to where I would normally either fish on the River (Aire) or the Leeds-Liverpool canal, a walk of no more than 250 meters from my door. The peg I would normally visit has an over-hanging willow tree on the opposite bank which looks like it would hold some fish. On arrival I noticed a trolley and bicycle were squarely in what would be my casting path…
Any chance of fishing would be difficult as every retrieve would have ended up getting snagged. Therefore it seemed the obvious choice to start looking for bank side litter. 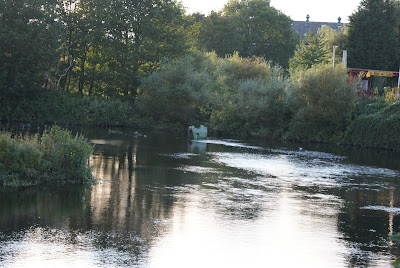 Looking up the river there was a plastic 1100 litre bin in the middle of a shallow gravel bank. As it has recently rained I could only make out the trolley in front of me but from the swirling water behind it I knew something else was there. From here I walked down along Kirkstall Road to the path which runs alongside of Fitness First. There was, I’m sad to say, too much rubbish to collect on one trip. At every point on the river bank there were bags and empty cans. This continued for the best part of a 250 yard stretch. Roughly half way along this stretch there are a few trees which have been haphazardly cut down and left. 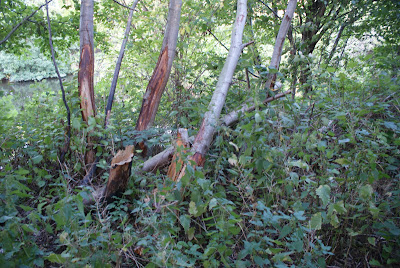 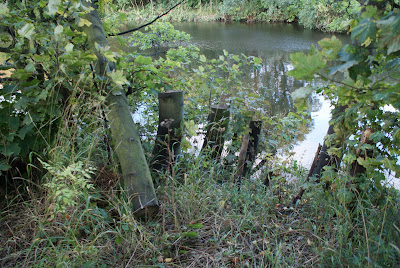 The last time I walked this stretch the trees were balancing precariously on each other and in the river itself. Looking now there were no logs in the river, which means they’ve either sunk (even more snags) or floated on down the river. What’s now left is one tree and several hacked stumps. I doubt very much that this section will ever be cleared as it looks like it has only ever been accessed by anglers.  Further down this path I passed dozens of empty beer cans. They were strewn for at least 30 feet, and have been there for some time. 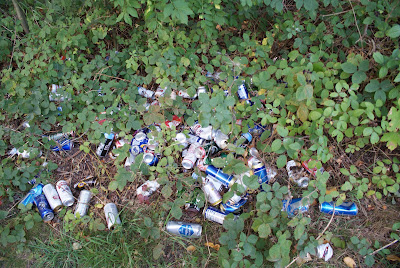 Walking on down the path you arrive at a large pool which leads on to the weir behind the Cardigan Fields entertainment park. I noticed to my glee that there was an angler fishing away. I walked over to him and asked if he had any luck? It quickly became clear that he was trying to catch Pike for the table, and when I asked if he had a fishing licence (showing him my own) he laughed and asked why? Frustrated by his response I walked away hoping he would catch nothing more than a snag. I walked back up the path heading towards Kirkstall Road and left towards Machine Mart. If you cut a right here you can join a foot path which goes over the river itself. There was a fairly huge build up of debris held in place by the supports of a disused bridge. 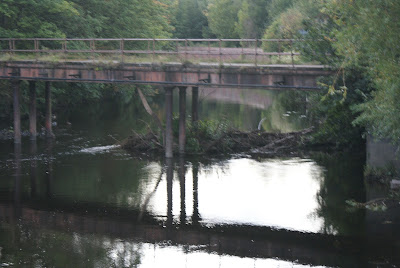 What looked like trees, rubbish and everything else has been washed up against the bridge forming a dam like structure. From here I walked up and back down the stairway joining the Leeds-Liverpool canal, where I quickly found floating bottles, a sunken trolley, some traffic cones and a semi submerged TV. The detritus caught in the vast weed growth does not take away from the weed itself which has only been kept at bay by the infrequent passing of the canal boats. 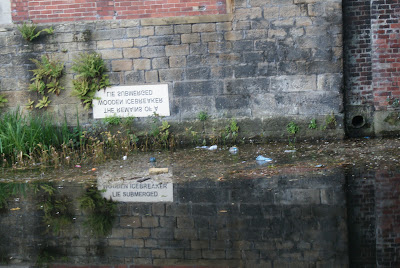 I cannot help feeling slightly disappointed every time I walk the canal banks because it is absolutely heaving with fish and I believe with some work it could be a semi-permanent match fishery. But in its current state, a good days fishing on the canal is rare occurrence. Continuing back up the canal path toward Kirkstall marina there were more bottles, plastic bags and traffic cones submerged and bobbing passed. I wonder if the EA knew the number of the walkers and commuters that use this path every day, they would make more of an effort to arrange a cleanup. I think recent efforts made by the EA have shown there have been great improvements to the River Aire and hopefully it won’t be too long before this section gets the same treatment!


There is a multitude of animal life on the canal and a small clean up could make a marked difference. Walking back up to Red Cote lane and walking over the bridge back on to the main road, glancing down to river I noticed a huge log was floating along down the river.  If a cleanup of the river and better policing for rod licenses took place I truly believe it would rejuvenate the river and bring anglers back to the swims which were once regularly fished. Even besides us anglers, it would simply become a nicer area for the residents of Leeds to visit. But until this happens, despite how clean it has become over recent years, the river will still be an under fished and an undervalued dumping ground.