It’s been quite some time since I’ve been fishing, but a trip back to Wales and a competitive sibling meant that we would probably hit the beach for a trip out. When in comes to sea fishing in South Wales my brother beats me hands down for location knowledge so with that said he chose Morfa beach. What a bloody slog that walk is. Well over 1.5km on sand with a box laden with gear and holding your rods and a tripod. This venue is not for the feint hearted. As you’ll see from the map, it’s a long walk to the beach so take plenty of water! On the walk towards the beach we noticed the wind was really howling through the dunes and met a dog walker heading the opposite way. “You’ll get blown off lads, you won’t catch a thing…” and he carried on walking. At this point we could see the beach so we carried on, and before long we were setting up. I think we were after smoothhound, but were happy to catch anything really. 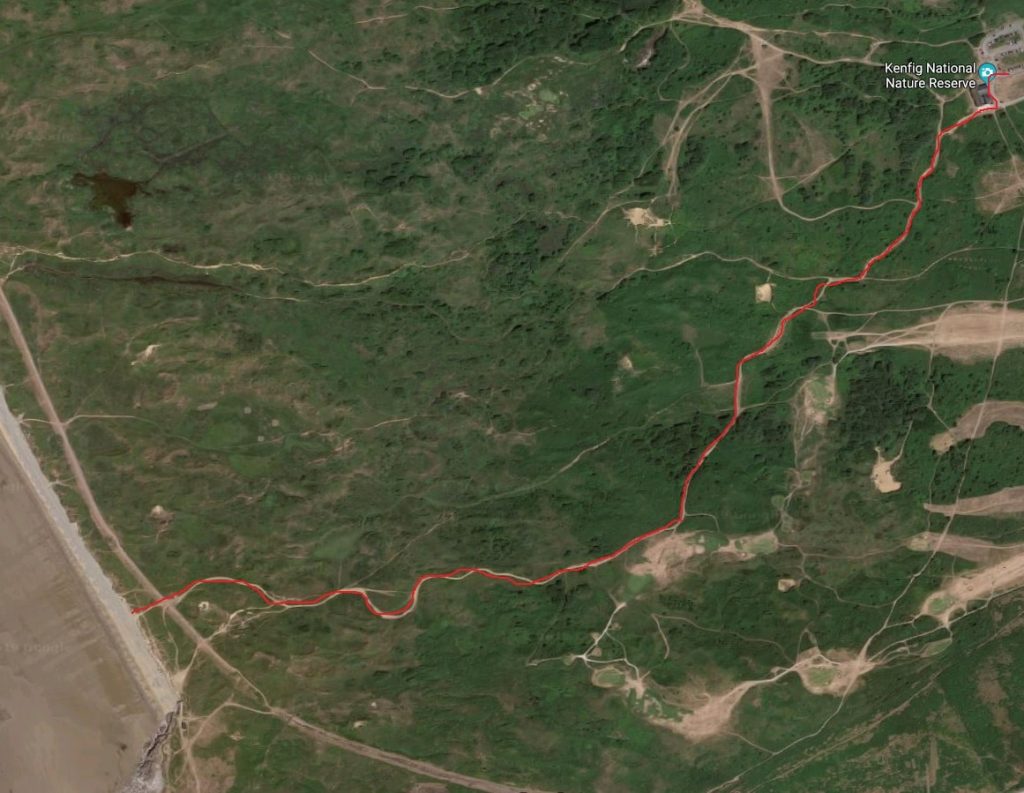 An epic walk to the beach from the car!

There was a solid gale blowing a straight South westerly, which meant it was in our faces. I know previously I’ve mentioned that I needed to improve my casting, and this meant I was learning to Pendulum cast. Through being busy, partly put off by how difficult it is and lack of fishing in general this wasn’t continued, so I was back to Off The Ground (OTG) casting. Although normally you can achieve some good distances with the method, the wind meant that casts today were being pushed short, probably no more than 30-40 yards. My brother had the benefits and being able to pendulum so of he went and managed to get a bait out to around 100 yards, but even then, he admitted it was difficult. Still we were fishing. I would by using a pulley pennell on one rod and pulley dropper on the other. Bait for the session would be whole squid, rag and lug worm and a few frozen peelers. 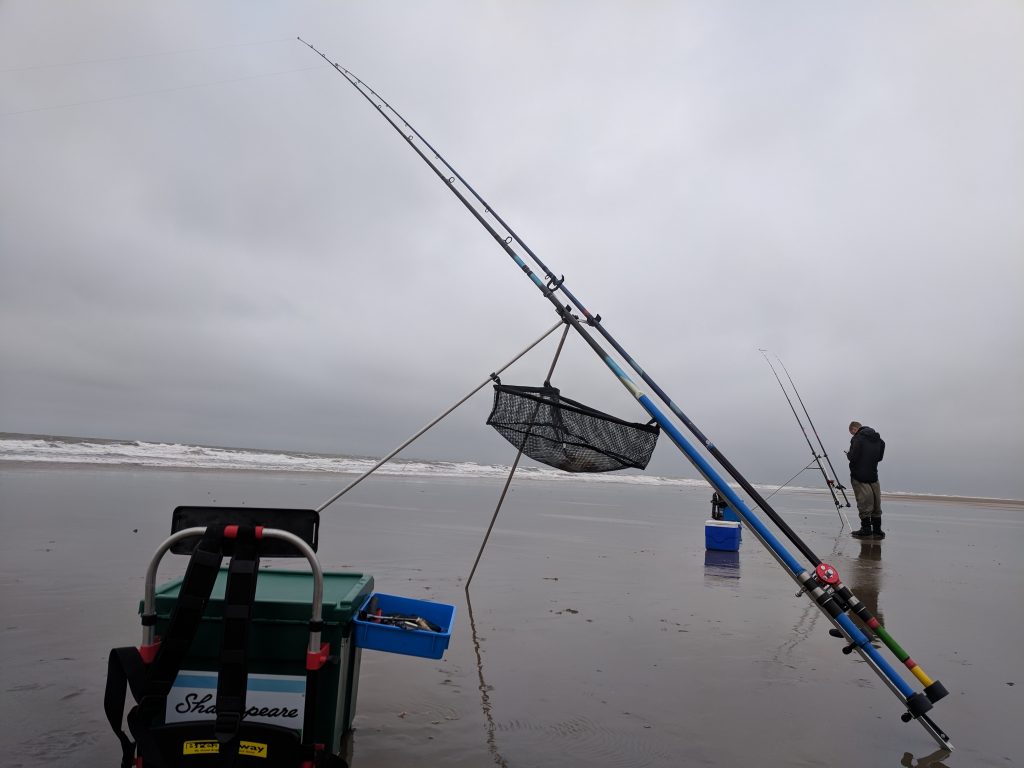 Clumps of weed were being thrown up on the beach and occasionally our rods would bounce around. Before long I was winding in to check my bait and had the worlds smallest turbot. Still, not a blank. Re-baited and out it went. Then the fun began. The rod with whole squid lurched into life. I stuck and felt something heavy. I started winding and felt like I was bringing in a black bag and the occasional kick. My initially thought was dogfish, my brother went down the water to have a look at ended up shouting and swearing. I wound in what was easily my biggest bass. He claims it was a double, but I think it was more 8-9lb. Either way, it was heavy, and I was completely over the moon. 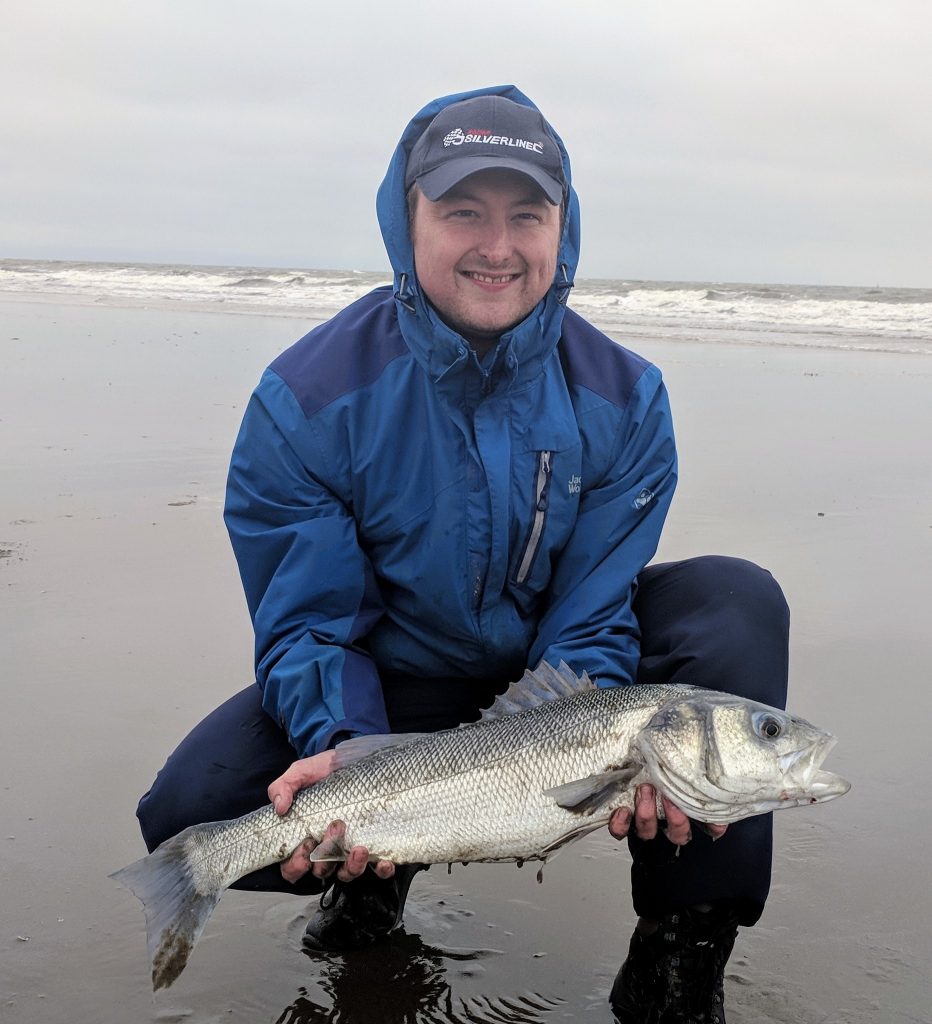 A quick photo and back it went. His baits were quickly adjusted to whole squid and I re baited mine, casting back into the surf. 3 baits and an hour went by when the rod ratchet clicked off again. Winding in, I’d managed to catch another bass. This one smaller but considerably thicker. A fish of around 6lbs. I absolutely could not believe my luck. After a few jibes at my brother for not catching we both cast back out and waited. The wind seemed to die right down, and with it the fishing. 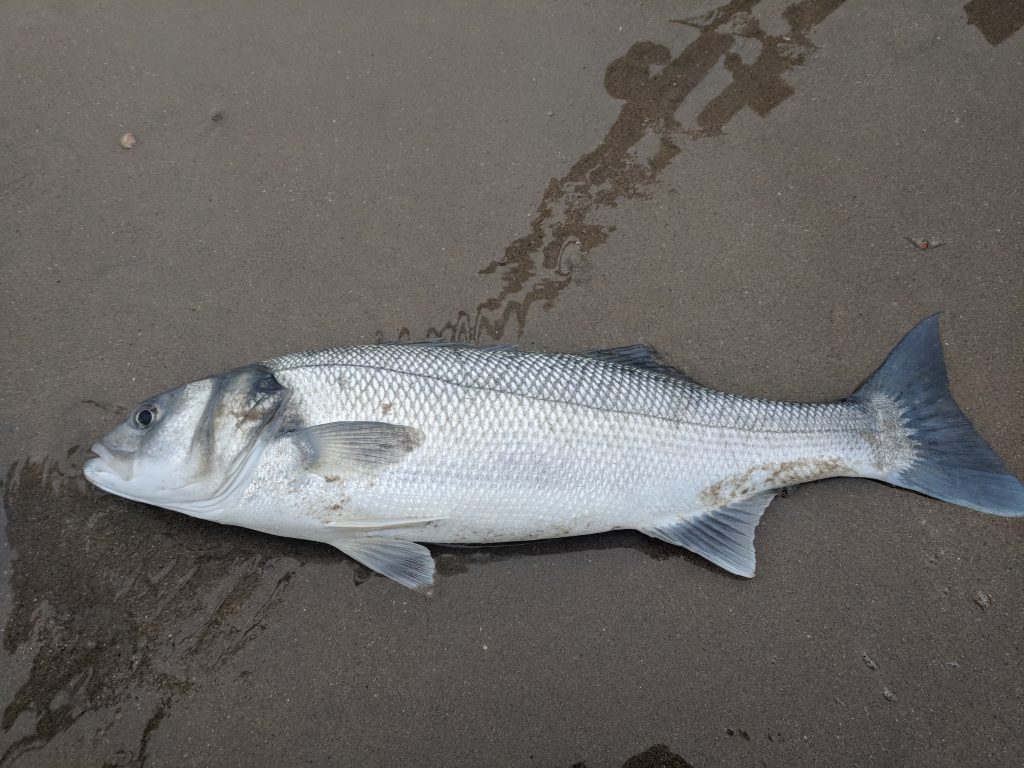 We continued to fish until last light, which is when we packed up our gear, donned out head torches and trudged our way back through the dunes to the car. What a slog. A worthwhile slog, but a slog none the less. 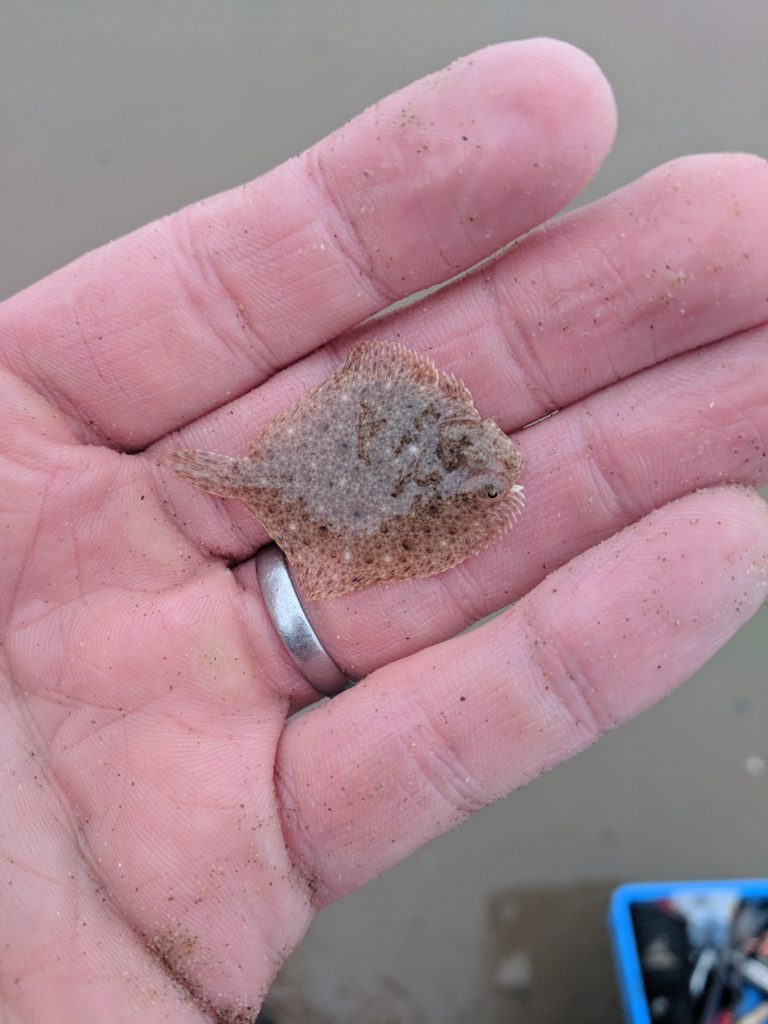 So that was my only outing this year so far. A trip to Morfa beach to catch a PB bass in what could have potentially classed as a weather warning. It was such a long, long walk, and although the fishing was good, I would have been incredibly frustrated to walk so far for no reward, but I suppose that’s why they call it fishing and not catching.

Accessibility ** ½ – Easy to find and park, but you are leaving your car a long way away, so don’t leave any valuable on display. The walk is also brutal.

Fishability **** – Easy and comfortable fishing on a sandy beach. Sker point to the left as you walk onto the beach holds a look of fish, (but makes the walk even longer)

Value for Money ***** – It’s the beach so it’s free. There is plenty of beautiful scenery in Kenfig Nature reserve to keep you occupied too.

Disabled Access – 0 – There is no way you could access the beach without help. The dunes are soft sand and move easily, the beach is vast and sandy